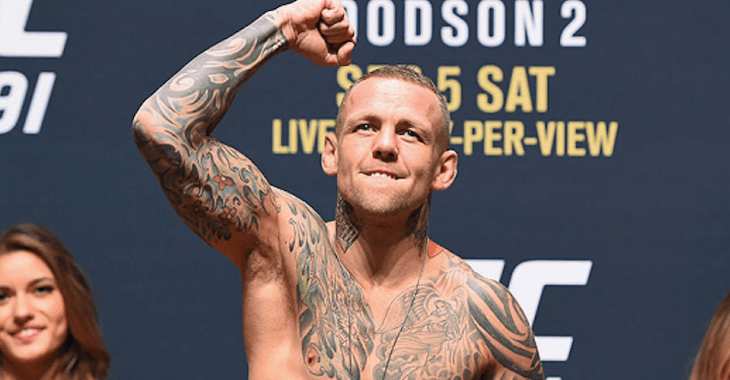 ‘UFC Fight Night: Dillashaw vs. Cruz’ has picked up an exciting lightweight matchup between Ross ‘The Real Deal’ Pearson and Francisco ‘Massaranduba’ Trinaldo according to The Sun.

Pearson has alternated between wins and losses since June of 2014. In his most recent fight Pearson was awarded a split decision win over Paul Felder at UFC 191 to push his record under the UFC banner to 10-6.

Trinaldo on the other hand is riding a 4-fight win streak that most recently saw him pick up a TKO win over Chad Laprise at UFC Fight Night 74 back in August.