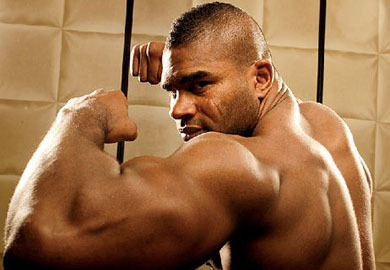 “Right now, he’s not even licensed so the UFC’s hands are tied. Until he gets licensed, the UFC can’t book him a fight until he gets licensed. So right now it’s all talk. Based upon when he gets licensed and it also depends on the winner of dos Santos and Cain (Velasquez) fight come out unscathed. What if the winner comes out and has an injury and doesn’t want to fight for 8 months? So there’s a lot of “what ifs”, so right now we’re just focusing on getting licensed, and once we get licensed then we’ll figure out who we’re going to fight. We’d still rather jump in and get a fight, so we’ll see what happens. He would like to fight as soon as possible after he gets licensed. We’re appreciative that Dana (White) and Lorenzo (Fertitta) want him to fight for the title, and we’re thankful for that, but right now the focused is to get licensed.”

With Overeem currently serving a suspension the camp just wants to see him get licensed and booked for whatever fight they can get shortly after.