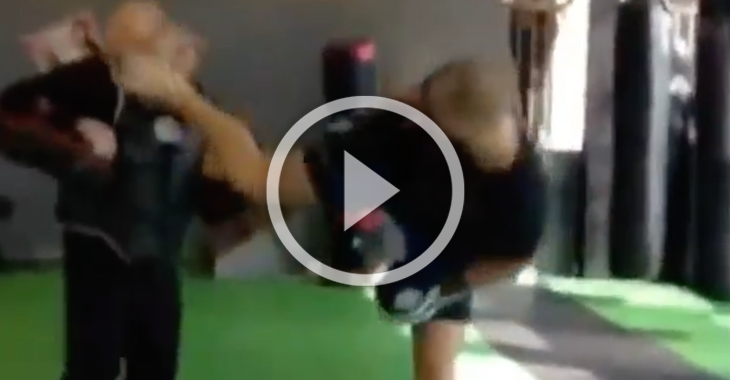 UFC heavyweight ‘The Skyscraper’ Stefan Struve almost took his coach’s head off with a spinning back kick.

They were training, hitting pads, and Struve went for a big kick. Apparently his coach wasn’t ready because the kick landed directly on his chin. He quickly moved back and Struve ran in to check on him. It looks like everyone was ok, but man, talk about a surprise.

Think you could take that kick from the 7ft. tall heavyweight and stay on your feet?