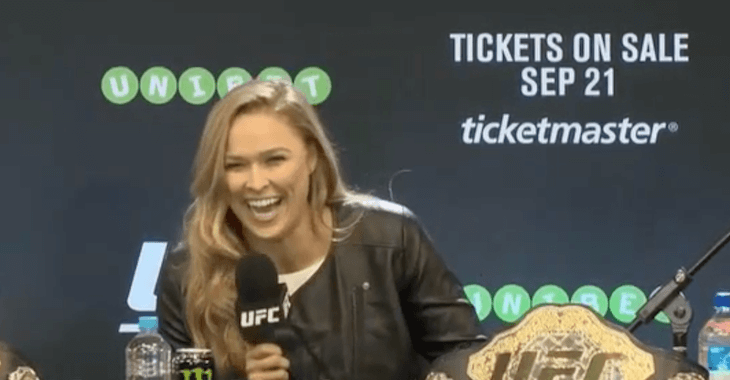 Remember that time UFC president Dana White said that one line on TUF that he immediately regretted saying. You know, when he was talking about how the show isn’t like Survivor, where people get voted off, instead you need to ‘beat them off.’ Yeah, well UFC champion Ronda Rousey might have made her own slip up.

At the UFC 193 press conference in Melbourne, Australia the champ was talking about her fight with Holly Holm when she said something that didn’t really sound right.

She was talking about her past opponents and said, ‘I knew that if I came right in their face…’ Then she stopped and caught herself.

Luckily, the clip is now forever eternalized as one of Dana White’s clip of the day.