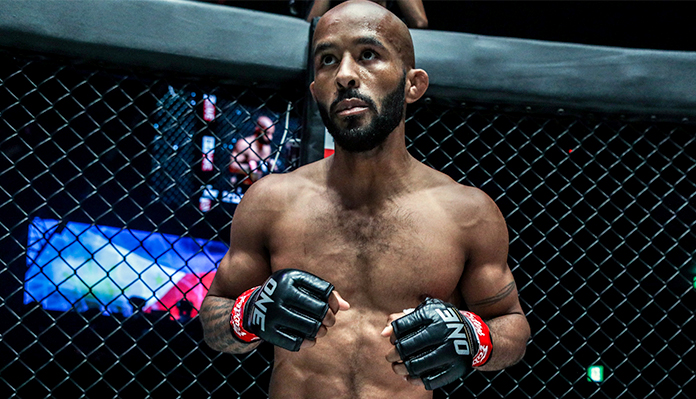 After claiming Grand Prix victory, Demetrious Johnson is set to challenge Adriano Moraes for the flyweight championship at tonight’s ONE on TNT 1 event.

Johnson (30-4-1 MMA) won the ONE Championship Flyweight Grand Prix back in October of 2019, this after defeating Danny Kingad by unanimous decision. The former UFC flyweight kingpin, ‘Mighty Mouse’, has gone 3-0 since being traded to ONE in October of 2018.

Meanwhile, Adrian Moraes (19-3 MMA) will enter tonight’s contest with Demetrious Johnson for the first time since reclaiming the ONE Flyweight title with a win over Geje Eustaquio. The Brazilian has gone 5-1 over his past six fights, with his lone loss in that time coming to the aforementioned Eustaquio by split-decision.

The fight ended up to have a shocking conclusion, as in the second round Adriano Moraes was able to put away Demetrious Johnson with strikes.

Official ONE on TNT 1 Result: Adriano Moraes def. Demetrious Johnson via KO in Round 2

Who would you like to see Moraes fight next following his KO victory over Johnson this evening in Singapore? Share your thoughts in the comment section PENN Nation!