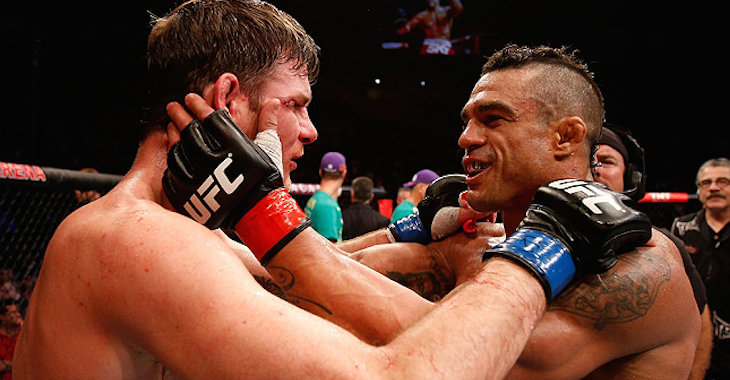 While this wasn’t too long ago, on this day in 2012 the UFC announced that Michael Bisping and Vitor ‘The Phenom’ Belfort would headline ‘UFC on FX.’

Every MMA fan knows how the bout went. Belfort landed a brutal highlight reel head kick on Bisping that left him “permanently disfigured” according to ‘The Count.’ The kick went on to become one of the most popular head kick knockouts in MMA history!

Belfort went on to KO Luke Rockhold and Dan Henderson to earn himself a title shot at Chris Weidman. Bisping on the other hand bounced back in his next fight as he picked up a unanimous decision win over Alan Belcher.