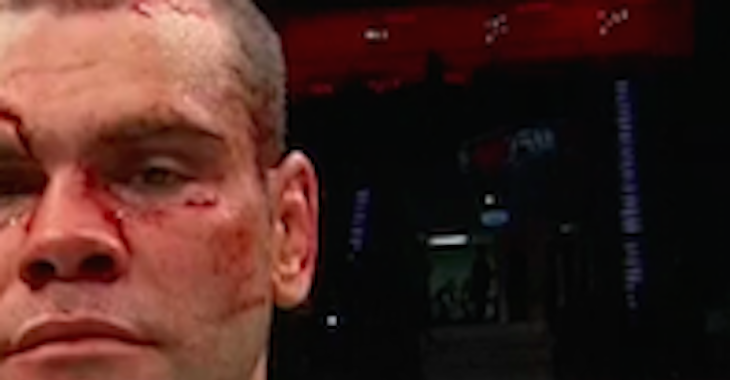 This past Saturday at UFC Fight Night 64, Gabriel Gonzaga suffered a brutal loss at the hands of Mirko Cro Cop. Cro Cop struggled for two rounds but finally was able to gain the upperhand in the third when he caught him off guard with several elbows that caused the cut above!