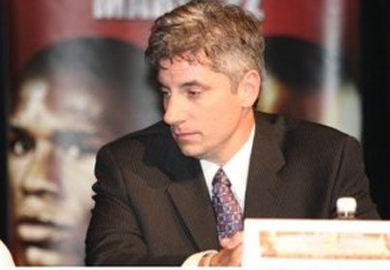 Mazzagatti was brought under fire after his missed stoppage in the Fitch vs. Burkman fight and White blasted him on social media calling for his termination.

Now Keith Kizer, the director of the Nevada State Athletic Commission (NSAC) responds and defends the choices of his referee.

“It as neither a positive or a negative on the referee,” said Kizer. “All of us in the arena, and the commentators who know their stuff, were really shocked Jon was out. Steve was right there. He had to walk two steps. He walked two steps and waved off the fight. It was very easy for him, and every easy for Josh as well. It was a weird ending to the fight, but good for Josh.”

“The guy went out and Josh immediately released the hold,” said Kizer. “What’s weird is he flipped Fitch over, away from the ref. When Josh had the hold, he (Mazzagatti) was one step away. He had a perfect view. Josh flipped him away from the ref, then stood up. I would praise the referee if he did a good job. But here, there’s nothing to talk about the ref. It wasn’t a good job or a bad job. He had no job. I think most people thought Jon was going to get out. Bas and I both thought he was letting go of the hold and transitioning to another hold.”

“The story should be about Josh getting an amazing win, doing the right thing, and releasing the hold,” said Kizer. “This isn’t about the ref.”