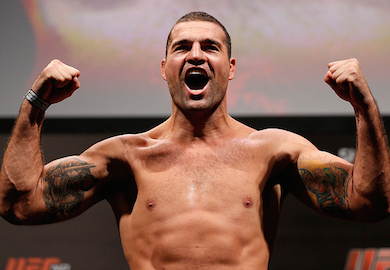 Despite outcries from his family, former UFC light-heavyweight champion Mauricio “Shogun” Rua has gone
against the ‘Rua grain’ and decided to re-up with the Ultimate Fighting Championship.

Here’s the former champ getting it done.

Very happy! Just signed a new multi-fight deal with the @UFC ! Proud to be a partner! Tks @danawhite @lorenzofertitta pic.twitter.com/sUn7NG5Zay

Yesterday we learned that Shogun’s family was seeking retirement for the Brazilian MMA legend, but not having back-to-back wins since 2009 is motivating Mauricio to get back in there.