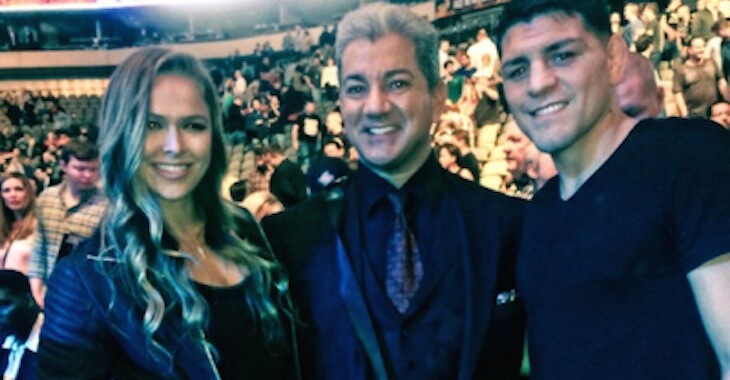 It’s been over a week now since UFC fighter Nick Diaz was suspended for five years by the Nevada State Athletic Commission and fined $165,000. The suspension came after an alleged failed drug test at UFC 183. There were three different sets of tests results and only one came back saying he failed for marijuana. Still, the commission decided to look past that piece of information and cited past offenses and what they felt as disrespect from Diaz, as their reasons for delivering such a lengthy punishment.

In the week following, the MMA world ignited with support for the fighter. UFC fighters pledged not to fight in Nevada anymore while others did their best to spread the word about a White House petition going around, looking to get the suspension lifted.

Then, in a move many probably didn’t see coming, the UFC’s biggest start and bantamweight champion Ronda Rousey, took a moment during a UFC 193 press conference to go off on the NSAC for what they did and said she didn’t even think they should be testing for marijuana.

In a recent run-in with TMZ sports, Diaz said that he’s just trying to make ends meat. He was also asked about his friend, Rousey, standing up for him in such a public way.

“She didn’t need to do that. I don’t know if she caught heat for it … I hope she didn’t. But Ronda understands how I am. She’s like me, only a girl. A prize fighter. She’s a great friend.”

When asked about the future, Diaz said that he’s been hearing other commissions aren’t happy with the decision, so he’s hopeful he might be able to land fights in other states.

“I’ve been hearing other states’ athletic commissions are angry about the ruling, so hopefully I’ll be able to fight in those states.”