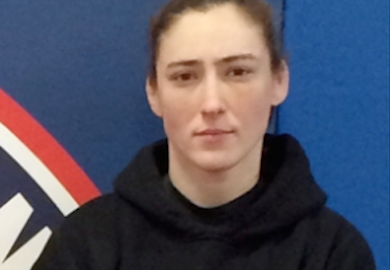 “I’m 100 percent and ready to fight. Good luck to her, she will need it. Being nervous makes stupid mistakes happen. Being in the UFC means I can punch bitches in the face and not go to jail. I don’t watch videos of my opponents. My coaches do that, I don’t care. I feel like it’s a good game plan just fighting her. Wherever she wants to take the fight, she will be outmatched.”

Making her UFC debut at July’s TUF 19 finale, Alexis Dufresne (pictured) tells MMAFighting.com what she thinks about being a UFC fighter and her upcoming opponent, Sarah Moras.