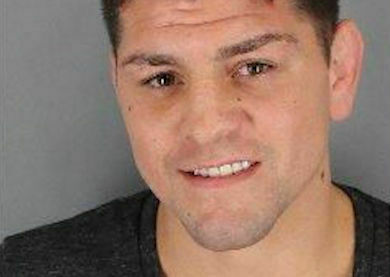 Is the Diaz vs. Anderson Silva superfight in jeopardy?

With news of another Diaz arrest it could be.

Yesterday we learned that Nick Diaz had been arrested this week on suspicion of DUI and several other charges. (More on that HERE)

Today we have new details, surrounding a prior arrest just 10-months ago for pretty much the same thing.

In that Dec. 12 incident, Diaz was charged with DUI and then missed multiple court dates before surrendering Aug. 21 and making $25K bail.

In the State of California, judges are allowed to place very strict travel conditions on criminals, limiting them to their home county and not beyond. This is very common practice for individuals put on probation, a course of action that is highly likely considering the time between charges.

With these new details emerging, you can’t help but question how this may impact January’s fight.