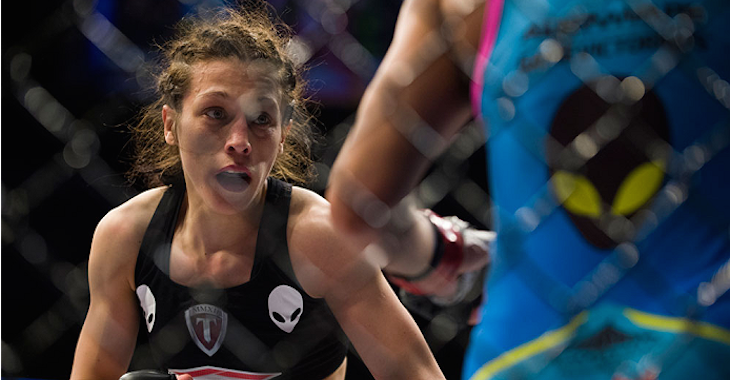 UFC Strawweight Champion Joanna Jedrzejczyk took the world by storm when she won her championship in just her third UFC fight at UFC 185 in Dallas, Texas.

Even though Carla Esparza and Claudia Gadelha are in Jedrzejczyk’s rear view mirror, she still has several contenders to defend her championship against. However, once she either loses the title or cleans out her division she plans to make a run for more gold.

Jedrzejczyk told Fox Sports that she aspires to grab the UFC Women’s Bantamweight Championship after she wins the nonexistent flyweight title. Who knows, maybe it will exist by the time she’s looking for it?