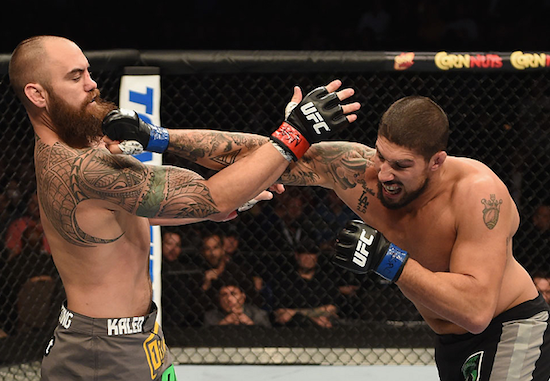 The UFC promises a brighter future for their fighters under a new company-wide Reebok uniform policy.

“I make two times as much money on sponsors than I do on what the UFC pays me. Six of my sponsors have already bailed because the Reebok deal is going up.”

UFC officials announced their new uniform policy last week, but the new Reebok deal won’t kick in until July of 2015.

Looks like sponsors are jumping ship before it comes to that.