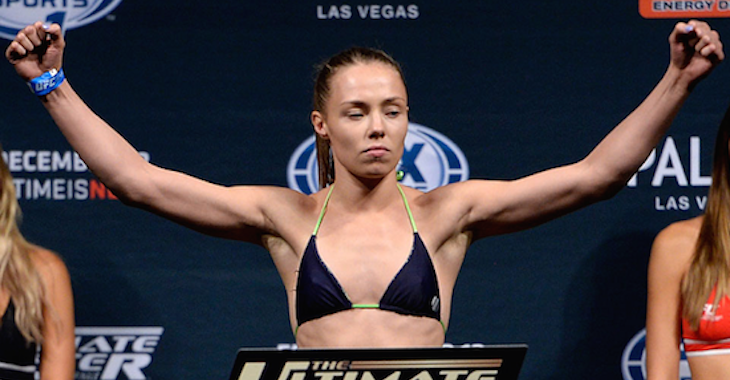 UFC fan favorite strawweight Rose Namajunas has a date, and an opponent, for her return to the Octagon.

UFC 187 could come in as the most stacked event of 2015. The Las Vegas Pay-Per-View features, Jones vs. Johnson, Weidman vs. Belfort, Cerrone vs. Namagomedov, and more.

Rose returns after a disappointing end to her Ultimate Fighter run, where she lost the event final, and the UFC’s inaugural strawweight belt, to current champion Carla Esparza.

Her opponent, Nina Ansaroff is a highly regarded competitor who entered the UFC on a five fight winning streak, before running into Julianna Lima in her UFC debut, where she lost via decision.