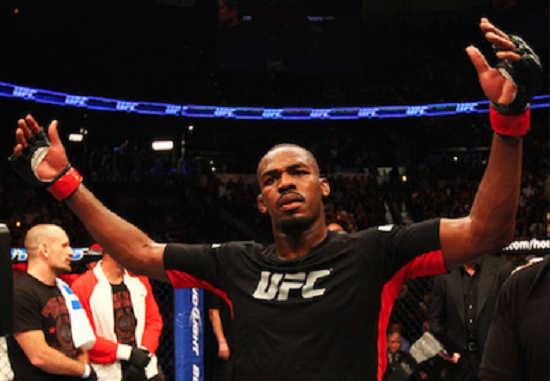 The founder of Dethrone Royalty clothing, which sponsors fighters like Conor McGregor and Robbie Lawler, is one of the many brand owners that will be affected by the UFC’s new uniform deal.

Heard uniform announcement coming tomorrow. We were never about all looking the same. We'll stay that way, thanks. #goodluckreebok

No idea why posting this other than temporary boredom, but getting ripped to pieces after might be entertaining enough.

1) We knew this was coming. We weren’t “investing in a UFC future” when we paid the sponsor tax each quarter, we were just paying for the right to be able to pay guys to wear our stuff on UFC broadcasts for the next 90 days. In some cases trying to support a good guy, sometimes trying to align ourselves with a fighter we hoped would move the needle for us, sometimes just trying to get some air time on a good card, and sometimes even we couldn’t figure out why we did it.

2) We have nothing negative or positive to say about the UFC. We don’t really know anyone who works at the UFC and have never had any real interactions with anyone from the UFC other than an annual email from Mike Mersch (legal) with renewal form for sponsor tax. It’s a platform. I just watched Sons of Anarchy but doesn’t mean I feel a personal connection with FX. On the few occasions we’ve interacted with Mike on tax related questions he’s been nice and to the point. We sat at a table with Lorenzo once for five minutes and he was nice. Dana was at the table as well but too many texts for him to look up so can’t technically say we’ve ever met him.

3) We’ve developed a lot of personal relationships with UFC fighters and their managers over the past five years and will always be rooting for those guys in and out of the cage no matter what uniform they wear. We consider a lot of them to be friends.

4) The good managers always get the short end of the stick. They provide a valuable service to their fighters but unfortunately its in an ecosystem that would prefer they didn’t exist which makes their job difficult and seems to be forgotten that this is their livelihood too. There are also dipshit managers who give everyone else a bad name.

5) The fighters should always be the stars and focus. In the long run they always will be, it’s an individual sport. The org in the long run will only be as strong as the fighters it develops and makes the audience care about. Watching two people fight isn’t about the icon on the mat or corner of screen, it’s about watching two people fight and the more you know about either or both of them as characters, the more likely you are to be interested. Once a fighter signs with an org he’s generally stuck there like it or not (any org). Which org leads the pack over the coming years will depend on where the next generation of talent decides to sign from the start of their careers. It can be expedited by where stars in their prime decide to sign their next contract. They have choices, the money and audience will follow the best fighters over time. It can’t happen overnight.

6) Saying “if they don’t like it go fight somewhere else” is annoying to read. They can rarely (never without a hassle or being forced to sit out a good chunk of their short career window) get their release (from any org).

7) We had anticipated the uniform happening and understood (even though we didn’t agree with the execution) the logic of getting rid of the clutter and brands that might in some eyes be negative for image as top tier league.

If the house is messy and I have guests coming over, I don’t just throw away all my wife’s stuff and tell her sorry, house was messy, didn’t want to take the time to clean it up in a way that makes sense for both of us, easier to just throw all your valuables away and get you a new outfit, hope g-string and pasties works for you, your crap was probably worthless anyway. She would wonder if her opinion mattered and leave me when she had the chance, or at least she’d think about it.

8) Why not allow approved non-competing sponsor logos of fighters choice on 1-3 areas of the uniform and restrict to white logos only with no background fill. that way you get clean, consistent look and fighter maintains some ability to decide what he/she is worth $ wise at the pinnacle of their career exposure. at minimum when you eventually decide to slap a red bull logo on each fighters reebok uniform let them at least opt out of wearing that ad (and forfeiting any red bull related pay) if they have a competing energy drink deal outside the octagon.

9) The only way to take control of your career in current ecosystem is to fight out your contract and then test the waters. Gilbert [Melendez] wrote the script, would be crazy for everyone not to follow it. He was the only one with the balls because he’d spent most of his career in different orgs and probably realized fuck, fighting in UFC is cool, but not cool enough to limit how much i get paid. what’s the point of reaching the “big leagues” if it’s not the highest paying league? it’s not his job to fulfill fan’s wishes for him to fight certain guys. it’s his job to make as much money fighting as he can while fulfilling his dreams. if the UFC wouldn’t have matched he’d be making the same money as he now does in UFC but as Bellator champ instead, living the same life with his family, getting the same amount of eyeballs on his fights (and able to charge whatever he wants from sponsors). [This is just our opinion, we didn’t talk to Gilbert about any of this obviously].

10) When we sent the Reebok tweet to be honest we’d heard so many people casually talking about it as a done deal for months we were surprised the reaction was we’d broke some news. What’s crazy is the comments we got saying “what a dick, why would you ruin the UFC announcement?” WTF? The UFC would be the first to say we aren’t “partners”, Dana would say that what we pay in tax is less than a hand of blackjack and that we’re meaningless to them and the fighters. The only reason we were in the UFC was because of the fighters and the only reason the UFC tolerated having to deal with brands like us is because of the fighters. It’s our job to maximize our exposure and get people talking about us, not to keep a secret that we’re being eliminated.

11) This doesn’t mean we’re going to go and pay Bellator guys double what we would have paid them yesterday. We’d certainly like to align ourselves with a new batch of fighters in others orgs, but we can only offer them what makes sense for our business and they can only agree to deals that make sense for them. That’s how it should be. There will still be times when they say fuck dethrone they only offered me X and there will be times when we say what the fuck, how can he ask us for Y? Neither of us are forced to accept each others demands, that’s the point.

12) We’ll still continue to have paid relationships with UFC fighters. The only good news about a single brand being on every single fighter is that it becomes somewhat invisible because everyone has it. We just need to continue to find ways to capture attention.

Been typing so damn long might as well hit send. Will try and answer any questions in the morning if there are any.