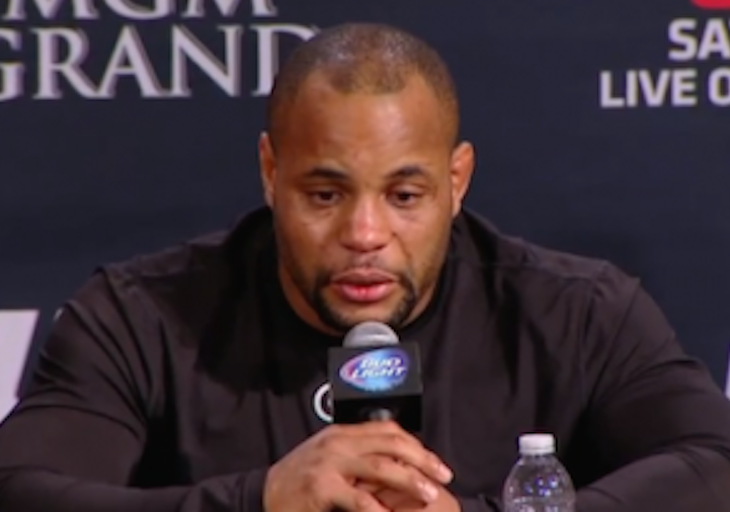 Last week the MMA world was abuzz with talk as it was revealed not only did UFC light heavyweight champion Jon Jones test positive for the main metabolite in cocaine, but also tested with an unusually low T/E ratio.

MMAFighting has the scoop from Cormier’s tests.

NSAC Director Bob Bennett informed fans that CIR testing was done on Cormier’s samples, and everything came back fine.

“There’s no problem with Daniel. Trust me.”