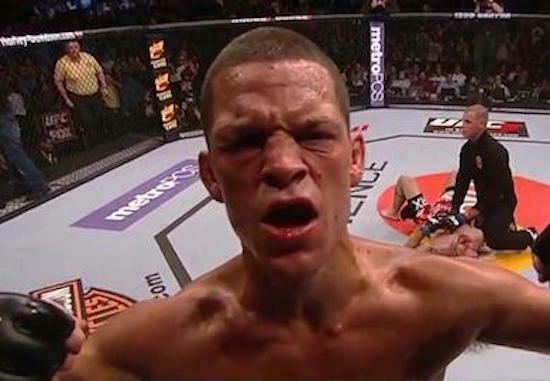 “I already knew. Come on. I’ll lose this fight and they’ll bring me back and put me on another main event, co-main event. And then they probably won’t because I just said that. But it don’t matter, you’re still going to sell the card with me or somebody who’s been around long enough, because everyone’s new.

“There’s great fighters, (Junior) dos Santos, Matt Mitrione, (Stefan) Struve, there’s stars on this card, this is a great card. But don’t give me that [line] that it’s not going to be me who’s a part of making any income for you guys. Know your role. Fighters need to know their position.”

During this week’s media rounds, Nate Diaz responded to the UFC’s claims that he doesn’t ”move the needle” enough to warrant contract-renegotiations.

Diaz returns this Saturday after a one-year contract dispute, that did not go his way.