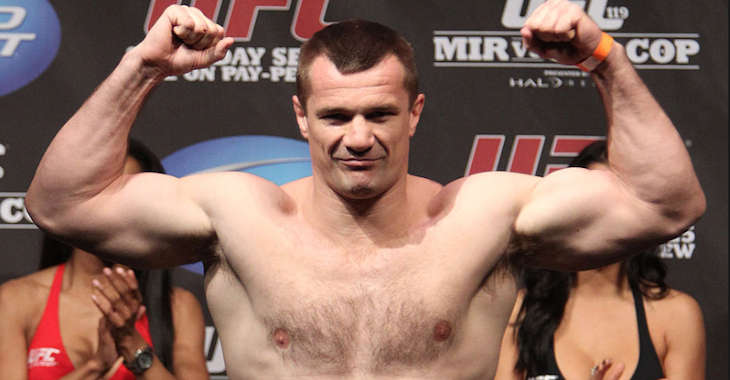 Who would have thought that Mirko Cro Cop would be making his triumphant and successful return to the octagon at 40 years of age in 2015?

With his recent victory over Gabriel Gonzaga at UFC Fight Night 64, Mirko Cro Cop has officially debuted on the UFC’s official heavyweight rankings! Upon further analyzation of the names that are on that list, maybe it isn’t so crazy that Cro Cop made the cut!

Check out the newest heavyweight rankings below!