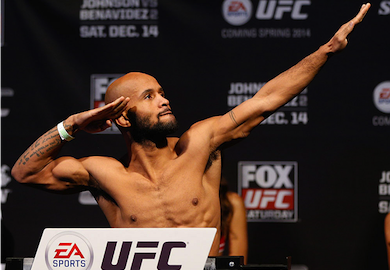 “It’s not like Mortal Kombat where before you fight Shao Khan you have to fight Kintaro. It’s not like that, if it was like that everybody would have to fight John Dodson and Joseph Benavidez and they wouldn’t get passed those guys. That’s how it is. If Ali Bagautinov would have to beat those guys to keep climbing the ladder who knows if he would get passed those guys to get to the top of the ladder.”

If it was, he might not ever see another opponent.

Johnson fights Bagautinov on June 14th from the Rogers Arena in Vancouver. The flyweight title fight serves as the evening’s main event.