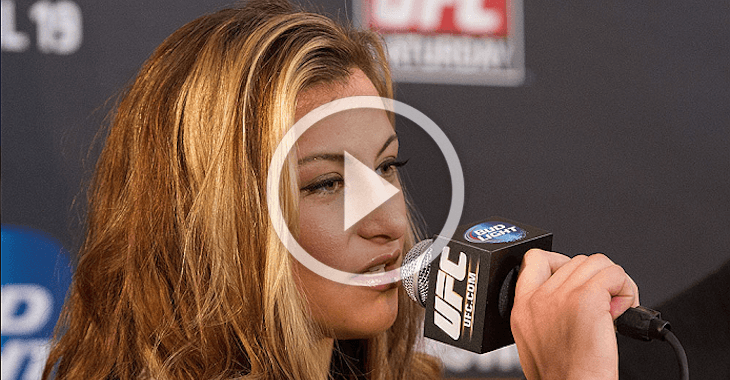 What a difference two weeks can make. Miesha “Cupcake” Tate is back in the mix after Holly Holm, at UFC 193, shocked the world with a KO win over Ronda “Rowdy” Rousey a few weeks ago. The loss sent shockwaves through the heads of the UFC brass no doubt. It opened a few doors for those that seek gold around their waist, one of the few might be Tate.

When Rousey stated that she would retire champ, most didn’t blink an eye. Rousey cut through the women’s bantamweight division like a hot knife through butter since the introduction of the division, until a door of “opportunity” swung wide open.

Tate had threatened to retire if she wasn’t given a title shot or treated fairly. She was told by Dana White that “she should probably retire if that’s what she’s thinking”. At this point, there is no need for Dana to call Tate’s bluff. A more than likely scenario is a rematch with Holm vs Rousey for the title. Depending on whether or not Holm defends her title in that bout will dictate a wrestler vs striker matchup in the future.

The main factor for Tate getting her shot is avenging her loss against Cat Zingano back in 2013. A win against Cat could cement her chances for UFC gold.