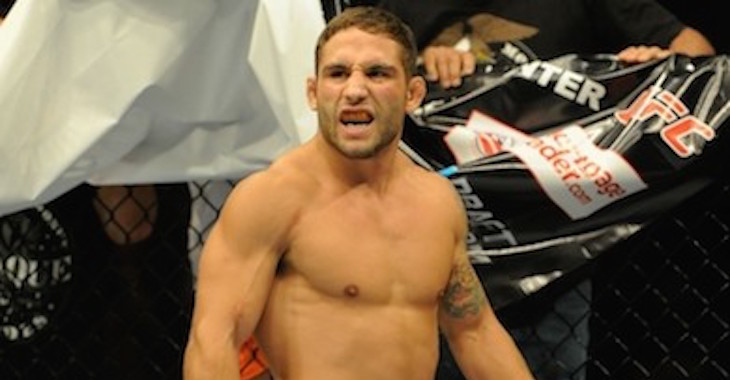 Chad Mendes has been preparing for this moment his entire life. He has failed twice at securing gold at the expense of Jose Aldo; Aldo had bested once by decision and once by knockout. At “UFC 189”, Mendes will have the opportunity to shut down Aldo’s rival to secure another shot at dethroning “King” Jose Aldo.

“I don’t stop training. I don’t just go through a camp, fight, and then completely leave the gym and don’t see it again until I’m ready to start camp, again,” Mendes told Fox Sports. “This is training year-round. This is our job. This is what we’re made to do. This is what we do for our lives, and I love doing it. So, I felt ready. I’ve been training, I’ve been hitting it hard.”

Team Alpha Male trains year-round and they train to better each other, rather than outperform each other. The likes of Urijah Faber and TJ Dillashaw are helping Mendes prepare for a title fight he took on three weeks notice.

“I got the call three weeks out. At that point, it’s just fine-tuning, getting that weight down. I don’t get too far from my fight weight — 15 to 20 pounds max, you know? For me, when you get a call like that, you jump all over it, and I’ll be ready.”

“I have the athleticism, the strength, the power, the speed. And I have wrestling to put him on his back and finish this fight. This fight is mine.”