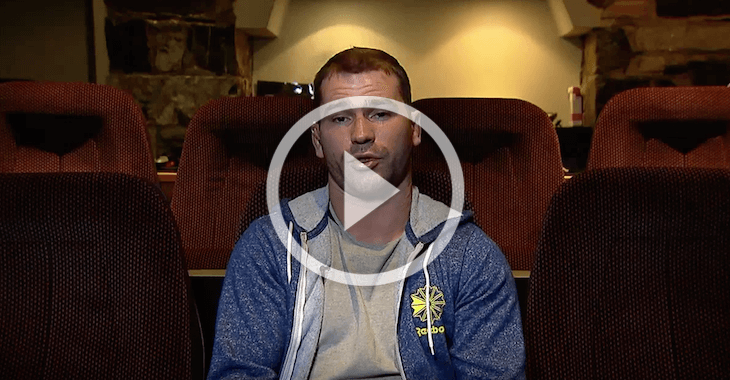 On this season of The Ultimate Fighter coaches Urijah Faber and Conor McGregor are coaching team USA and team Europe.

In the first episode, where fighters competed to get into the house, McGregor’s friend and teammate Artem Lobov lost.

McGregor was pretty upset about it, but then, in episode two it was announced that Lobov would be coming back to the show, along with another USA fighter. Dana White said it was just because there were so many good fights to get into the house, so he asked each coach to pick someone who lost to come back.

Lobov appeared on FOX Sports Live after the most recent episode and talked about the show. During the interview he told the host that UFC’s matchmakers told him in the past that if he padded his record than they would give him the call.