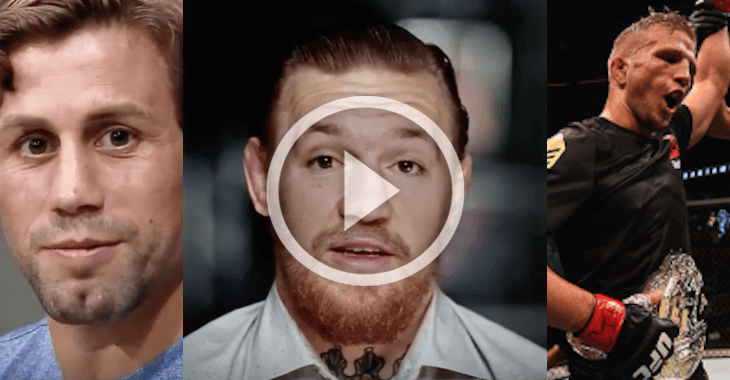 The feud between Team Alpha Male’s Urijah Faber and former head coach Duane Ludwig is well documented at this point. Both of them have given their sides of the story and expressed interest in just ending it all. In fact, on this past Tuesday’s Stud Show Radio Faber declared that it would be the last time he’d be talking about the matter.

Well on Wednesday, the feud was brought back up because of The Ultimate fighter. On the new episode fighters watch TJ Dillashaw defeat Renan Barao for the second time, then McGregor brings up Ludwig and tries to get under Faber’s skin.

Faber keeps his cool and just brushes it off, but McGregor kept at it and told the camera that he thinks it’s Faber’s only fight, to fight Dillashaw.

‘Conor McGregor tells Urijah Faber that he needs to man up and take the fight with T.J. Dillashaw after the bantamweight champion burned him by essentially leaving him behind to go train with Duane ‘Bang’ Ludwig instead.’