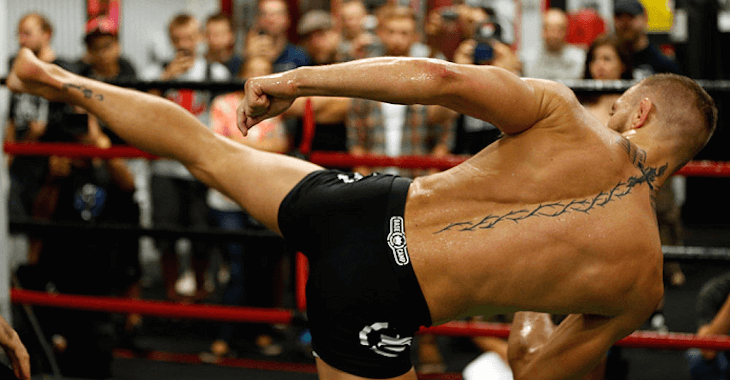 The man who is set to face Jose “Scarface” Aldo Jr. at UFC 194 is known for his bold, in your face abrasiveness that makes you want to root against him or for him. That part of the “bigger than life” persona that fans around the world are intrigued with or outright turned off by the Irishman.

McGregor (18-2 MMA) has been seen with Jones on occasion, having fun and laughing, when on photo shoots or media related events together. “Bones” (21-1 MMA) told MMA Fighting that McGregor was there for him in his darkest hour.

“Hey champ. Once a champ, always a champ. I believe you’re going to come back from this, strong. Just writing these words of encouragement.” McGregor wrote.

Jones also claimed that the UFC was nowhere near as supportive as they could have been. Following Jones arrest, UFC CEO Lorenzo Fertitta, along with Dana White, visited Jones prior to announcing his indefinite suspension that has since been lifted.

“Bones” nor the UFC have announced an official return date; however, Jones implied that he will be moving forward with training for a potential scrap in April’s New York City card.