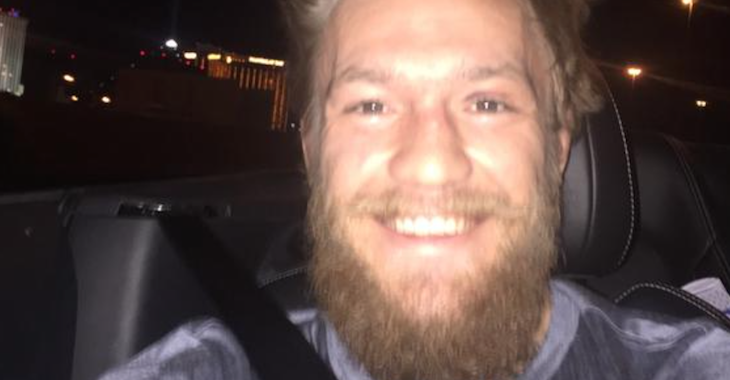 UFC featherweight Conor McGregor has had some interesting hairstyles in the past.

From the braided hair and shaved sides look, to the mohawk type thing and then to the most recent slicked back look he’s been sporting. However, the ‘Notorious’ one just unveiled his brand spanking new look to the world…sort of.

In one of his most recent posts he sent out a picture of himself driving around Las Vegas and coined a new hairstyle,  ‘The Soft Top’ .

McGregor seems to be having a lot of fun in Vegas, while he trains for his big fight with Jose Aldo, do you think it could be TOO much fun?