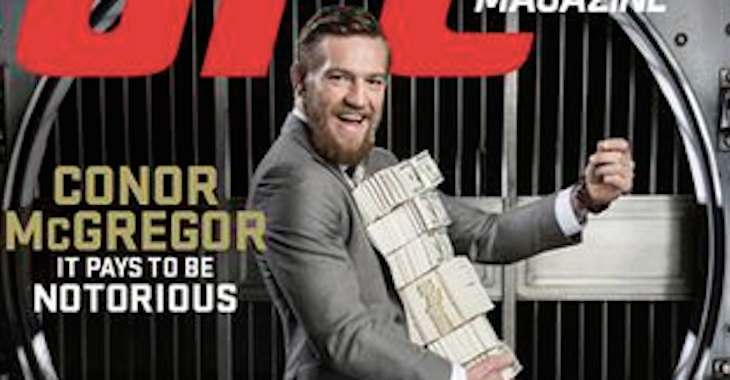 It is no secret that Conor McGregor is rolling in money. “The Notorious” has sponsorships with some of the biggest companies in the world like Reebok, Monster and Bud Light. Now, he gets to show off his big bucks on the newest edition of “UFC Magazine”!

"Win & World Champion. I say it over and over again." –@TheNotoriousMMA @UFCMag on stands now.@jeffbottari pic.twitter.com/I8r7SYEfsj

McGregor is getting ready to face UFC Featherweight Champion Jose Aldo at UFC 189 in July. Who do you think will walk out of the octagon with their head high and UFC gold slung over their shoulder?