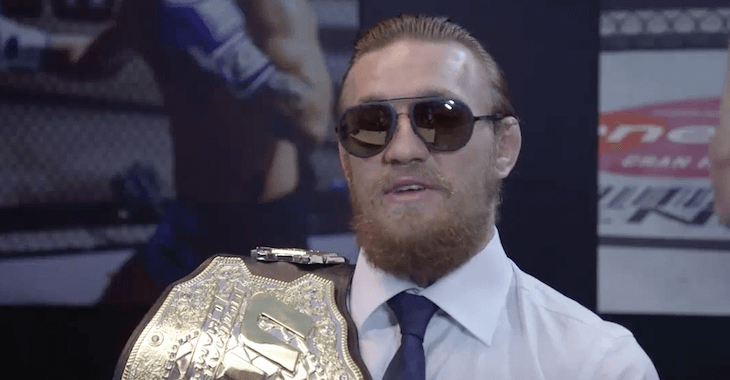 UFC interim featherweight champion Conor McGregor still insists that champ Jose Aldo pulled out of UFC 189 not with a rib injury but because he was to scared to fight.

McGregor’s said this before, but it seems like time hasn’t changed his mind and once again explains why he thinks Aldo failed to show up the first time around. He also comments on whether he thinks the champ will make to fight night on the second try, when they meet at UFC 194 on Dec. 12.

‘Conor McGregor is convinced Jose Aldo pulled out of their fight because he was “scared.” Does he think Aldo will make it to their next fight?’