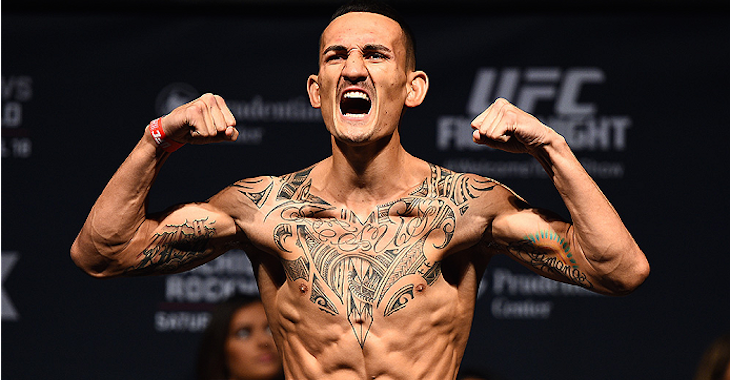 News surfaced earlier today, that UFC featherweight champion Jose Aldo fractured a rib and might be out of his scheduled bout with Conor McGregor at UFC 189.

If that is the case, fellow featherweight Max Holloway wants the UFC to know that he’s only a call away and would gladly step in to fight McGregor on short notice.

Holloway last fought and defeated Cub Swanson in April and is currently on a six fight win streak. His last loss? Conor McGregor.

Would you want to see the rematch if Aldo can’t go?