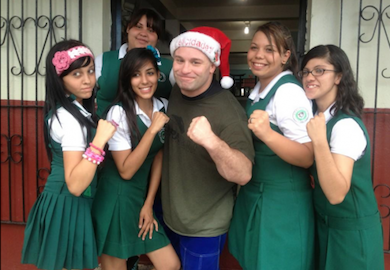 “The second Chris walked through my doors, I’ve never seen a wrestler transition to jiu-jitsu so smoothly. Longo got him in some sparring and he was just a natural and a freak and a good one. Me and Ray talked about it often and early on with his training. We knew this kid had the potential and very early on we predicted he’d be the champion, no matter who had the belt.”

“The middleweight division is murders’ row. There are a lot of challenges. Vitor is very dangerous in the beginning of the fight. I believe Chris will break him. In a five-round fight, Chris has the advantage and I don’t think this fight will go the distance.”

During his stint on last night’s edition of ‘UFC Tonight’ on FOX Sports 1, Matt Serra, discussed his star pupils career and rise to the top.

If you missed the interview you can check it out in full RIGHT HERE.