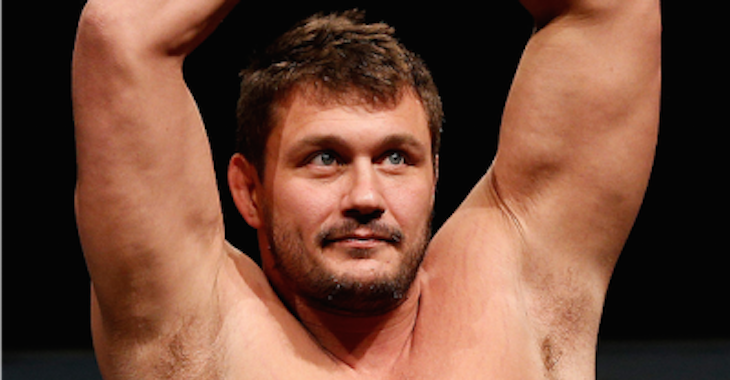 UFC heavyweight Matt Mitrione just left the octagon in a losing effort against Ben Rothwell, but already wants back in. ‘Meathead’ took the popular route of calling out guys on twitter.

Actually, there was only one guy he called out, several times.

Had 7 months off between my last fight and this one. I fought a total of 8 minutes in '14. Start tweeting @danawhite to get me back there!

I'm diggity down to fight @travisbrowneMMA, soon. Not trying to wait any longer than necessary @danawhite @ufc https://t.co/v7LmphHVYF

What say you, @travisbrowneMMA? We both feel we're elite strikers. Let's sign the dotted line & prove who's best. One of us rights the ship.