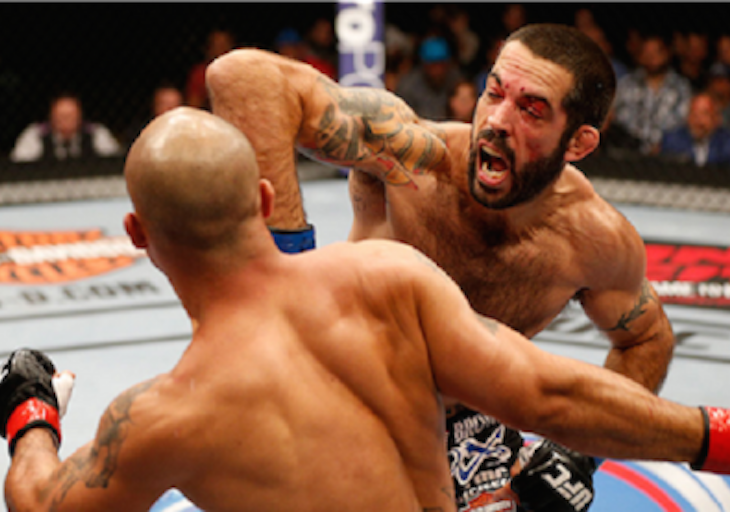 UFC welterweight fan-favorite, Matt ‘The Immortal’ Brown is currently still without an opponent for UFC Fight Night Colorado on February 14th after Tarec Saffiedine was forced out of the bout with an injury.

Brown, who is ranked #6 in the stacked welterweight division in the UFC’s official rankings, feels he deserves nothing less than a top 10 opponent as a replacement.

“I want somebody that makes sense. I feel like I’ve paid my dues. I’ve fought these lower guys to get to where I am at. I feel like I have worked my way up to here. I don’t think I’ve been gifted anything. I think my ranking is due to the hard work that I’ve put it. I don’t feel that should be jeopardized at this point by taking a lesser opponent. I absolutely think that I should have somebody in the top 10, no matter what. I can’t guarantee that’s going to happen. I can’t worry about it if it doesn’t happen. I absolutely believe that’s what I have earned.”

When it comes to whether Brown would like to wait for a top-10 opponent, or fight a lower ranked opponent, Brown says he would opt to wait.

“To be honest, I’d rather wait for a top-10 guy. I’ve paid my dues. Our ranking system is an important thing. It’s unfortunate that this is a business. That’s what it is. This is not, we don’t just go fight anybody, anytime. That’s not, that’s what I did when I was an amateur, that’s what I did coming up. I feel like I’ve done that long enough and I’ve earned the spot that I’m in and I feel that I should be fighting top-10 guys. My last guy was a close fight to the current champion. I’ve shown everybody that’s where I am at and that is where I should be. I don’t deserve anything less. You don’t always get everything you deserve in life, I understand that. I am not going to complain regardless what happens. I’m a warrior, but I absolutely, 100-percent believe I should have top-10 guy in my next fight. Whether it’s a year from now or tomorrow.”