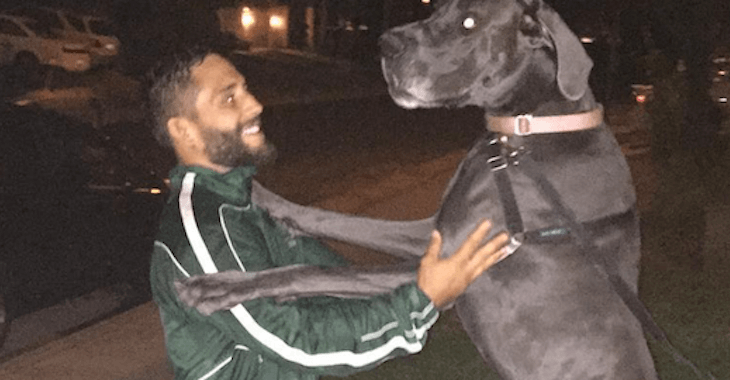 Alright, so UFC featherweight Chad Mendes isn’t the tallest guy out there, but still, this dog is bigger than him, by a lot.

The Team Alpha Male fighter posted this ridiculous photo on his Instagram account, showing himself standing with a giant of a dog.

The dog’s on his hind feet and could literally look down on Mendes. Plus, look at his head. I don’t know, that dog must be on some PEDs or something, it’s just not natural.

Mendes is currently prepping for his fight with Frankie Edgar, which goes down on Dec. 11 at the TUF 22 Finale in Las Vegas, just the day before UFC 194 which will feature Jose Aldo vs. Conor McGregor. Odds are, whoever wins between Mendes and Edgar will get the next crack at the title, unless we end up in a scenario where Aldo gets an immediate rematch.

Check out the crazy picture below, with the caption: