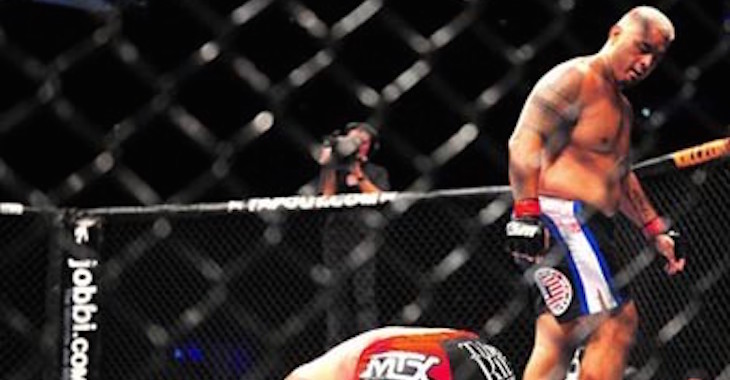 “The walkaway celebration is something that just happened, I really don’t know where and when it started. When I’m in there, the adrenaline is pumping and I’m just firing in shots, looking for the finish. It just kind of happens, I guess. When you get someone, when you catch them right, you just kind of know that that’s it. He’s in there doing the same thing, trying to shoot you down, so when it lands, that’s it. It’s over and the relief kicks in. You know it’s finished so you don’t have to chase him anymore. I’ve always had it, that feeling when you hit someone right and they go down. And it’s actually about respect. I’d like to think I’ve always respected my opponents in that way. You know, if you keep punching them after they’re knocked out, they could get brain damage or end up in the hospital. So, I just see it as a fight, nothing more. It’s not personal. I’m not stepping in there to hurt anybody. But if the man in front of me is still fighting then, you know, I’ll keep swinging.”

UFC heavyweight Mark Hunt talked to Fighters Only about his signature walkaway KO. He said after fighting so many people, he just knows when he lands that shot that the fight is over. He sees it as a sign of respect, because he doesn’t try to hit the fighter anymore while on the ground.