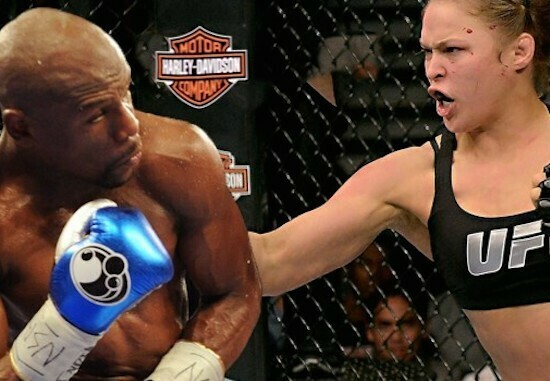 “I don’t think it’s realistically a good idea at all. Because MMA is already fighting to be accepted, especially with all the Ray Rice and all these things going on.

“It’s never going to be a good thing to have a man hitting a woman on television or ever in any circumstance unless it’s the gym where I’m about to go train right now after this.”

In a recent interview with Jim Rome (via FOX Sports), UFC bantamweight champion Ronda Rousey discussed the possibility of a man vs. woman fight inside the UFC’s Octagon.