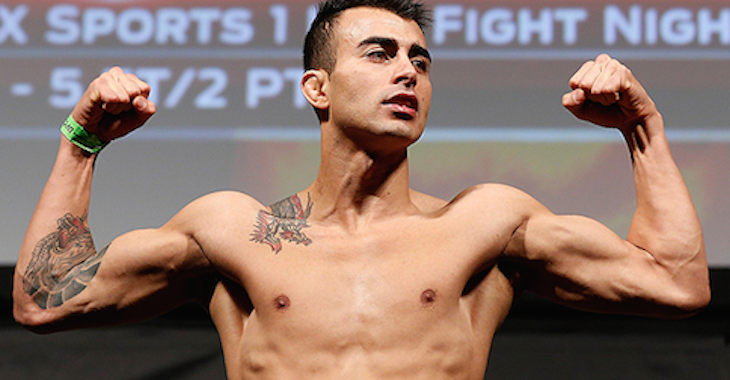 “Some people are annoyed by (my confidence). But when you train hard and get to this point, it’s hard to not be confident. This is just what hard training brings to the table. It’s just being me – I don’t act. I just want to say something after my fight, and I can point to people and say, ‘I told you.’

“It’s interesting that you can predict the future – you’re a fighter, and then you’re a magician.”

Makwan Amirkhani stunned fans with an 8 second flying knee KO in his UFC debut, against Andy Ogle. Now, he will fight again this Saturday in Berlin at UFC Fight Night 69.

Ahead of the fight, Amirkhani talked to MMAJunkie about his confidence and why some people are turned off by it. He also told them that it will be another quick fight on Saturday.