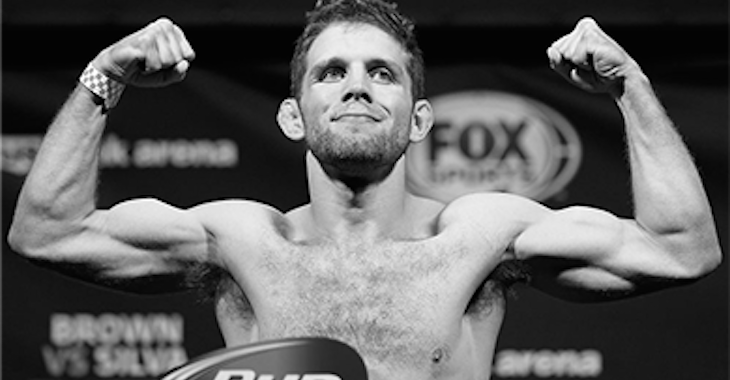 Levan Makashvili wasn’t too thrilled last month when his opponent for “UFC Fight Night: Broomfield”, Nik Lentz, withdrew from the bout the day of weigh-ins with an undisclosed illness after posting pictures on social media expressing how excited for the bout he was.

Makashvili has a different take on the situation, and believes Lentz faked an illness to withdraw from the bout because he knows he doesn’t deserve his #8 ranking spot.

Makashvili spoke to BloodyElbow through his manager, and translator, Tengo Sepyashvily.

“As you can imagine, we were floored. I just didn’t believe it, considering Nik was posting on Instagram about how happy he was and how awesome he is. He was taking pictures of his body and all these things.

“The strangest part about this is that our lawyer – he came to the fights for support – heard a doctor speaking about someone being ill. We put two and two together. I don’t think Nik had any interest in going to the weigh-ins. He made such a stink, and he cried so much, that the doctor had to go up to his room to check him.”

Makasvili’s manager says he is familiar with that situation, and knows exactly what to say to get a doctor to call off a fight, which is what he believes Lentz did.

“I’ve done this for so many years already that I can send a perfectly healthy fighter to a doctor and say things, then the doctor won’t let him fight. So we don’t believe that this guy had any intention of fighting. It was a strategic decision from him and his team, since Levan will beat him. He knows it. Nik Lentz is a one-dimensional fighter, and that dimension is one that Levan can overcome.”