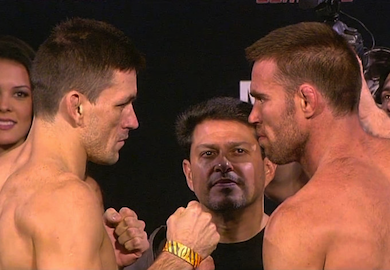 “I don’t understand the judges. My strategy going into the fifth round was to defend the takedowns and score points standing, so I thought the fight was 3-2 to me. I think the judges should make their criteria more clear and the judges should go public. A decision like this can change a fighter’s life and these guys never show up. They need to show up. They need to know the responsibility they have with judging, and they should clarify the rules.”

Add Demian Maia to the growing list of fighters and MMA’s insiders who think the current state of judging in the sport is a joke!

Maia believes he won his fight against Jake Shields last night and calls for the judges to start showing up on fight night!