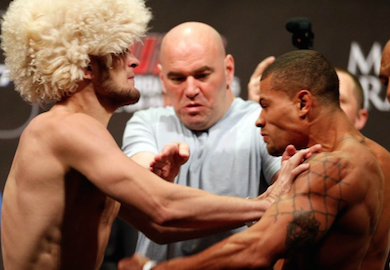 The recent influx of Russian talent signed to the UFC cannot be denied.

It’s that exact reason that newly signed UFC heavyweight, Rusian Magomedov, warns that once his countrymen swallow the UFC’s roster whole, the brass running the show will regret it.

“Soon UFC president Dana White will regret signing Russian fighters to his promotion. Just remember how things turned out at Bellator, when the bosses said ‘let them (russians) come to us and try fight within our promotion,’ and what happened? The Russians beat up a couple of dozen strong fighters, took away their titles, won grand prix and now Bellator’s CEO Bjorn Rebney don’t know what to do about the thing.”