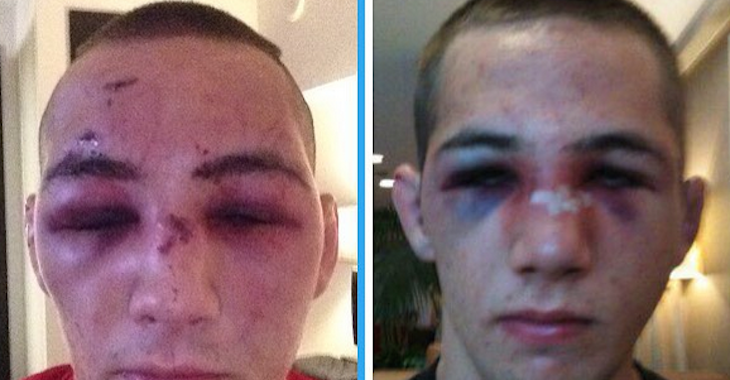 It seems as if “The Natural Born Killer’ Carlos Condit is next in line for a shot at Robbie Lawler’s UFC Welterweight Championship! Rory MacDonald received word that Condit received the next shot and it seems he is just as excited as the fans are:

@carlos_condit vs @ruthless_rl cant wait to watch these to guys fight! two guys i have the most respect for! who do you think did a better job on my makeup? just kidding they both broke my face LOL

MacDonald knows a thing or two about both Lawler and Condit as they are the last two fighters to defeat “The Red King” in his entire career! Who do you think busted up Rory’s face more? Share your thoughts in the comment section below!