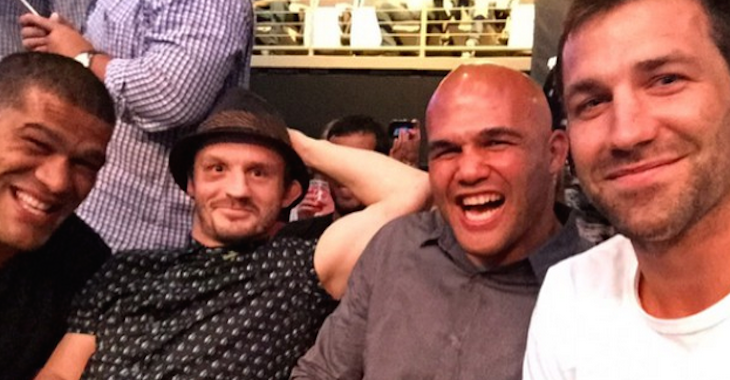 Luke Rockhold has been confirmed as the next challenger to Chris Weidman’s UFC Middleweight Championship and has been all smiles as of late. Rockhold kicks it cage side with four of the baddest men in the UFC today: Antonio “Bigfoot” Silva, Brad “One Punch” Pickett and UFC Welterweight Champion Robbie Lawler and they seem to be having some fun together.

Maybe “Bigfoot” and “One Punch” are a little too close to each other?