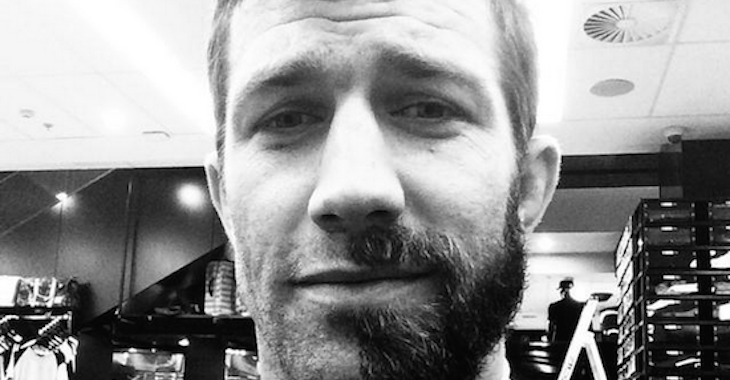 The trash talk has already started between UFC middleweights Luke Rockhold and the champ Chris Weidman. Rockhold just shocked everyone with his dominating performance over Lyoto Machida and Weidman is still set to face Vitor Belfort in May, but that didn’t stop the two from giving their thoughts on a potential fight down the road.

Weidman spoke on the FOX Sports post-fight show about the matchup and said that Rockhold looked good against Machida but he’s a different animal. He also added that he’s the best at everything and Rockhold isn’t a specialist in any area.

Well, Rockhold fresh off his victory spoke with Ariel Helwani about fighting the champ. Check out what he had to say.

“I’m the best middleweight out here. What can I say? I beat Jacare. I’ve had one hiccup – got caught by a stupid spinning heel kick, that doesn’t tell the story. I’ll beat Vitor any time, any where; give me the rematch, I dare ya.

“I think I can beat Weidman. Me and Weidman have been friends for a while. We’ve known this fight was coming for a long time. I think it’s time.

“I think he is going to go out there and handle his business. I just did mine, and we’ll meet in the middle.”

“Chris – he can’t stand with me, he can’t grapple with me, he’s going to have a rough night. Chris is the man, he’s the champ, he’s a tough dude, but I believe in myself. And I know I can beat him up on the feet, and I don’t think he’s got much for me on the ground.”