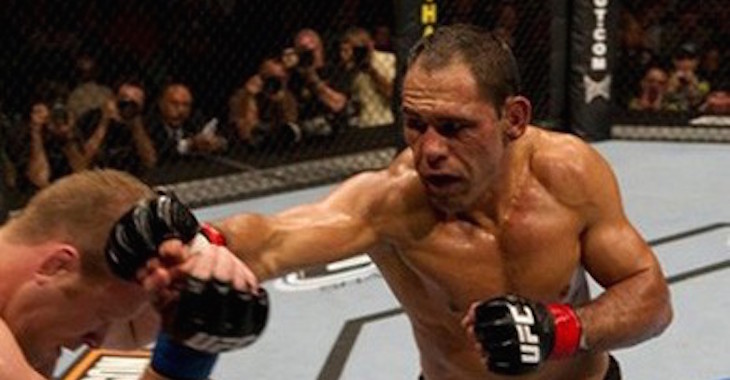 “I don’t like it, it makes me nervous, man. I never liked it. Rodrigo tricked me, because my fight was scheduled first.”

“A lot has changed since then. I was very focused on boxing, but now I have improved my takedown defense. I have been facing a lot of wrestlers, so I have been able to defend most takedowns well. I’m intensifying muay thai and jiu-jitsu, too. The first fight left a big hype, so now people wait for a great rematch. I’m preparing to do another fight like that one. Last year I injured myself, but now I’m back and I have been able to train all those six months this year. I’m confident.”

Rogerio Nogueira, aka Lil Nog, isn’t so sure about fighting on the same card as his twin brother. He told Combate that and that his fight with Shogun Rua will still be a great one even though it’s 10 years after their first scrap.