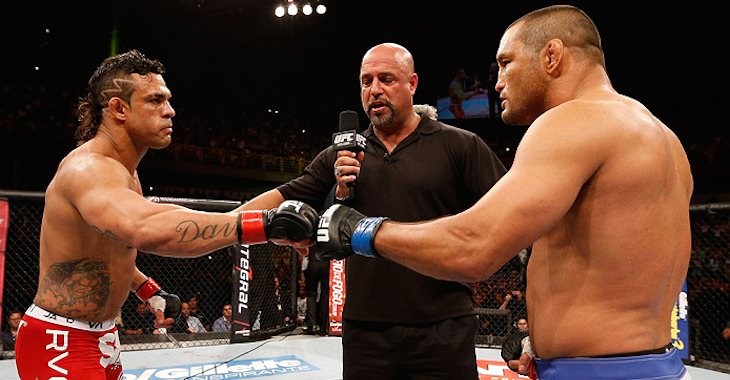 Ultimate Fighting Championship have left their fans scraping for more with the conclusion of “UFC Fight Night 76” where both the main and co-main events were scrapped due to injuries. Lucky for them, “UFC Fight Night 77” is right around the corner and it features a MAJOR main event!

Dan Henderson and Vitor Belfort are going to meet in the octagon for what is expected to be the final time to wrap up their epic trilogy of fights. They first met in PRIDE 32 in the light heavyweight division where “Hendo” pulled off the unanimous decision victory in Las Vegas. The two met once again at “UFC Fight Night 32” when Belfort became the first person to ever knock Henderson out cold.

Now, they will meet again at “UFC Fight Night 77” in Sao Paulo, Brazil on November 7th. Also scheduled for the card is former title challenger Glover Teixeira and Patrick Cummins in the co man-event. Check out the full card below!