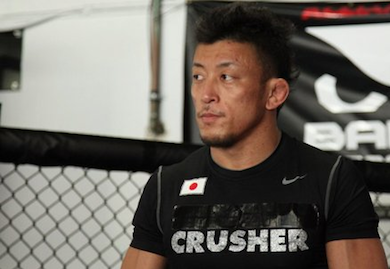 New UFC signee and top Japanese import, Tatsuya Kawajiri, is not looking for an easy path in his climb up the UFC ladder.

The Asian star has his eyes set on a top 3 featherweight opponent for his debut in what would be a potential matchup for revenge.

The signing of Kawajiri was made public just a few short weeks ago and it is unclear at this time when the promotion will debut their newest signee.

Here’s what Tatsuya said when asked about who he wants as his first UFC opponent:

@TitaniumRhino @danawhite @joerogan I want to fight with @CubSwanson. He won the hiroyuki takaya in WEC. Takaya is my friend.