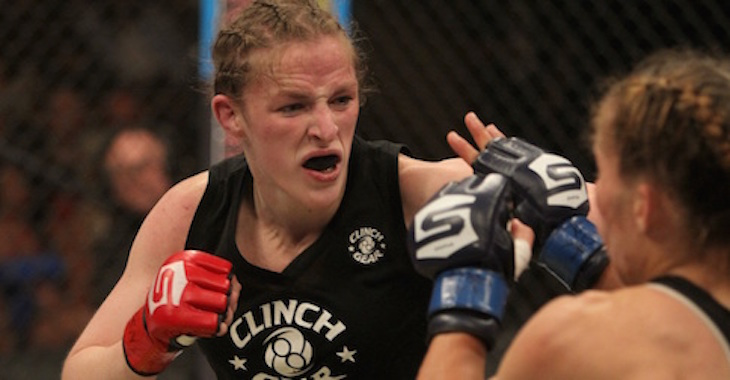 Is the end near for Alexis Davis? Sarah Kaufman believes that if she can land a hard enough punch on Davis’ chin, it’ll not only win her the match but she could potentially end Davis’ career as well.

In a recent interview with MMAFighting, Kaufman got in on the trash-talk train and spoke about the condition of Davis’ chin. Ronda Rousey was able to crack Davis in the chin during their bout at UFC 175 and Davis was knocked out in less than twenty seconds.

Kaufman has (technically) not lost a fight since her tussle with UFC Women’s Bantamweight Champion Ronda Rousey and she is looking to get back on path for a title shot with a win tonight.