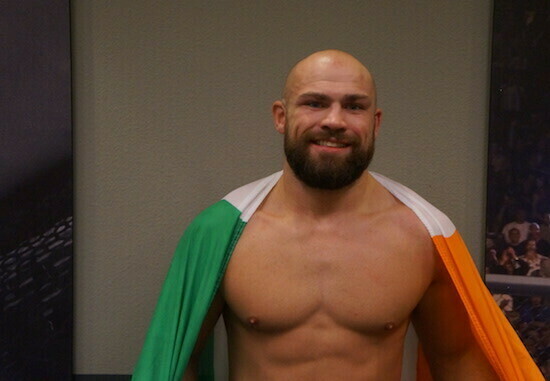 TUF veteran UFC middleweight, Cathal Pendred is convinced, for whatever reason, that he has won the ‘CM Punk’ Lottery.

It’s kind of soon to start talking about CM Punk opponent’s, but if this holds true, the former WWE Champ’s UFC debut just got a lot more interesting.

Wait on the UFC’s official word before going ‘cray’ people. We’ll tuck this away as a fighter started rumor until we get a more credible source on the line.

This punk is going to be 'one & done' in the UFC. It looks like I will be that one. #JustWonTheLottery pic.twitter.com/KVvwe2WXqE