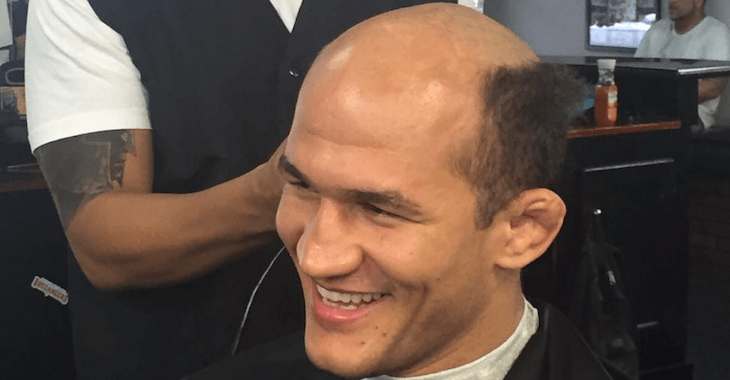 Former UFC heavyweight champion Junior dos Santos finally has a fight scheduled. He will go up against Alistair Overeem at UFC on FOX 17 in Dec.

Dos Santos has been out of action since last December when he defeated Stipe Miocic via decision in a five round battle. Since then he’s dealt with injures and is now ready to get back to work and try to make another run to the title and a win over Overeem certainly puts him up there.

In the UFC, Dos Santos has only ever lost to fellow former champ Cain Velasquez, twice.

Check out this hilarious pic of him at the barber, sporting a pretty interesting hairdo!