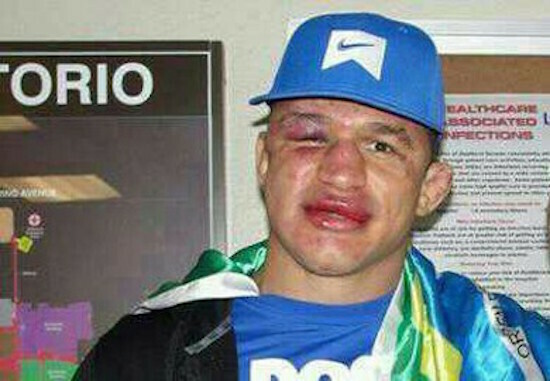 It is nearly impossible to ignore the recent damage taken to former UFC heavyweight champion Junior Dos Santos in his last two fights.

In his rubber match against Cain Velasquez, Dos Santos received one of the worst ‘crimson masks’ in the history of the sport (See that HERE), and this past weekend, Dos Santos defeated Stipe Miocic, but took major damage throughout the 5-round war (See that HERE).

The former champ spoke at the post-fight press conference to discuss his longevity in the sport despite the recent damage he’s taken.

“I can go a very long [time], man. I really believe I’m gonna have a long career. It doesn’t matter too much. It’s part of the [game]. I get swollen very easy. It happens. I’m feeling OK, just swollen.”