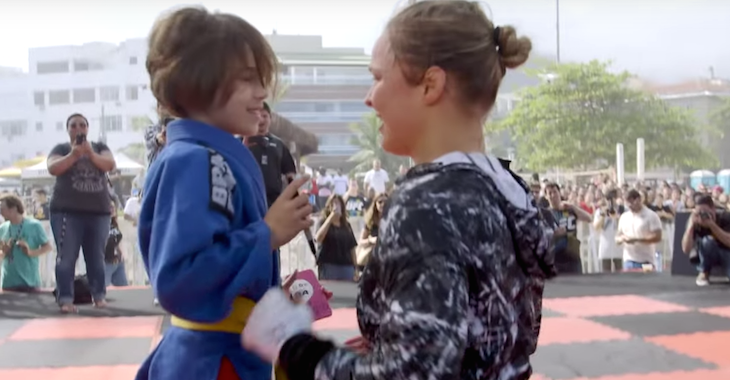 Children under the age of fourteen will not be able to attend Brazil’s biggest Ultimate Fighting Championship card of the year.

UFC’s Brazilian website confirmed the ban on Saturday morning. According to their official statement, Pedro Henrique Alves, judge of the 1st Court of Children, Youth and the Elderly of Rio de Janeiro, chose to ban children under the age of fourteen from HSBC Arena for Saturday’s event.

Customers who have been impacted by this ban are being offered refunds for their troubles.

Thousands and thousands of fans will be in attendance to watch Ronda Rousey defend her championship against Bethe Correia tonight, but the super-fan below will have to watch the fight from their living room at home:

What do you think of the ban? Did the judge make the right choice for the safety of the children? Share your thoughts in the comment section below!